An introduction to Ceylon Traditional Masks

Ceylon Traditional Masks, or “Vesmuhunu” as they are called from the colloquial language, play an important role especially in representing the culture of Sri Lanka. Sri Lanka is world popular as an island of many foreign delicacies. Known as the ‘pearl’ of the Indian ocean, the island has inherited, a dreamy tropical environment. And on top of that, the Ceylon spices and other goods, combined with the unique culture have given Sri Lanka a competitive edge to become an island of tropical paradise for many foreigners. And yes, our country’s popularity as Ceylon is far greater, especially in the western world since the very old days for the invaluable spices and gems. But there’s a lot more to Sri Lankan culture than you can imagine.

History of the Ceylon Masks 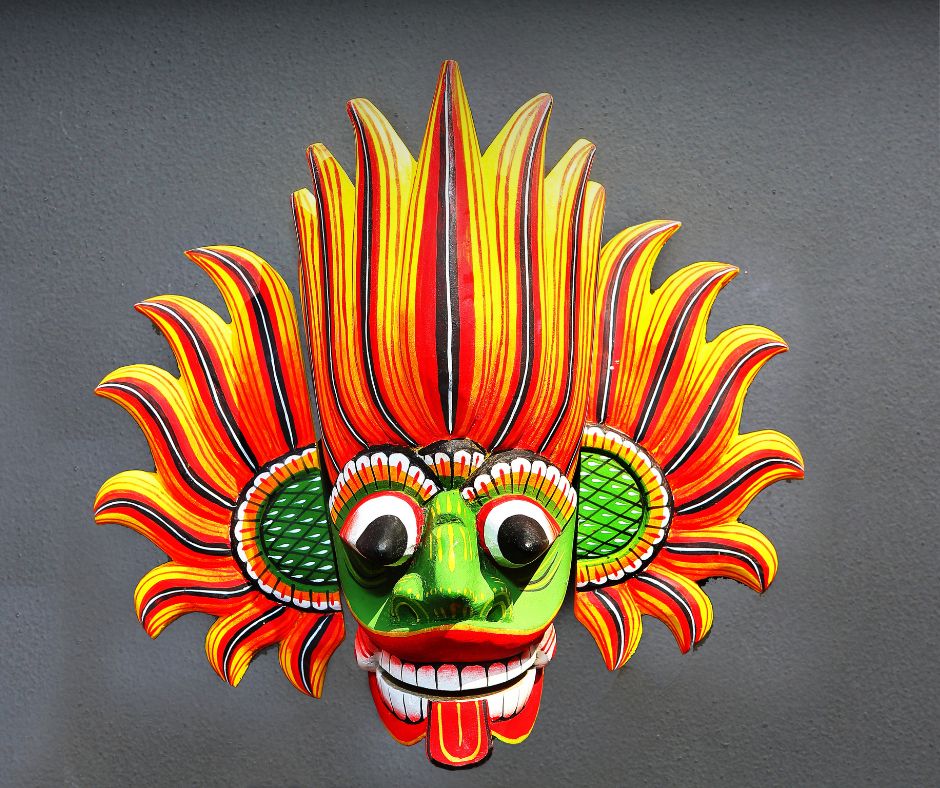 History of the Ceylon Masks

Variations of the product

Each mask has its own particular colors to depict its characteristic features. The most colorful and fearful looking of the traditional Sri Lankan masks are the Raksha Marks or the Demon Masks. There are five main varieties of Raksha masks. They are the Naga Raksha Mask or Cobra Mask, the Gurulu Raksha Mask, Maru Raksha Mask (associated with Death), Purnaka Raksha Mask, and the Rathnakuta Raksha Mask.

Another would be the Garuda Mask, which is linked to Hindu mythology and spirituality. There is also a traditional mask called the Kolam mask.  These masks are humorous in appearance. Varieties include popular folk characters the likes of Nonchi Akka, Mudali, Panikkala, Lenchina, Hewa, and Jasaya.

The uses of the Ceylon Traditional Masks

When it comes down to the big question, what are the uses of these Traditional Ceylon masks, they are mainly used for mask dances, which represent the dramatic and varying meanings of the visual image, hopes, and imagination arising from the beliefs and fears of the rural folk. 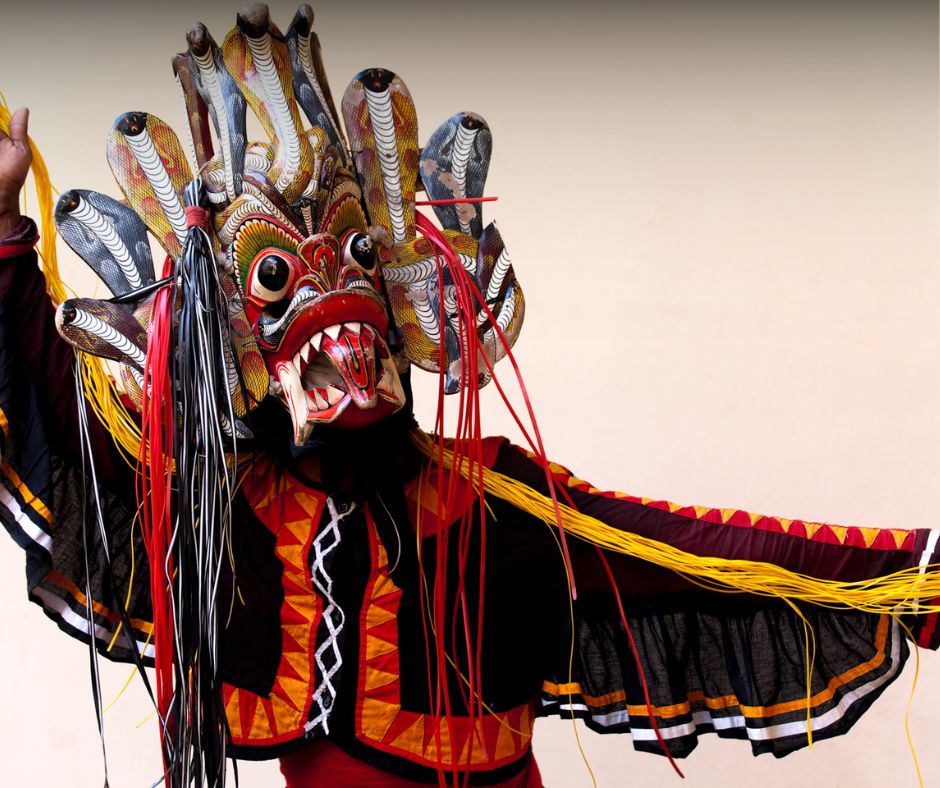 There are three types of mask dances: Raksha (Demon), Kolam (Folktale), and Sanni (Devil Dance). Kolam masks are used for storytelling dances while the Raksha masks are used to ward off evil or as an aid in festivals. The Sanni masks are mainly used in healing ceremonies and worn by an edura (a sort of Sri Lankan exorcist).

These masks are hung on the wall of some local households, with the belief of casting off the evil eye. Despite all those beliefs, Ceylon Traditional Masks are one-of-a-kind beautiful ornaments with so many facial expressions and colors. So, it would be a nice ornament to hang on your wall.

Manufacturing of the Ceylon Traditional Mask

For the production of handcrafted masks, the wood of the Kaduru tree is widely used. This wood is light, soft, and easy to carve. The hand carving of the wood finally brings a masterpiece of a mask at the end of the manufacturing process. But this crafting of the cinnamon wood is a well nuanced one generated out of patient carving of a no-shape wood piece. So yes, there is difficult to produce a large number of masks as it is rare to find natural raw materials and because it is a handmade industry.

Indeed, these masks play a significant role in representing the culture of Sri Lanka. Apparently, even though they are mystical, the dances and rituals born from these Ceylon Traditional Masks, have served the locals to live without fear of the demon spirits, and have helped to cure deceases. So as a result, it has helped to make more unity in the local societies in old days, especially in the down south area. So, they have played an important social role back in the days. Now they have become a major income source, for the Traditional Ceylon Mask craftsmen as many foreigners are willing to buy them for their ornamental and hand craftsmanship value. When it comes to environmental impact, since made from wood it has no negative effect on the nature.

Where to find these products